In Shape Seeps Through, Carmen Argote illuminates a specific, dynamic relationship between herself and her childhood habitat, suggesting a larger story of individuals interpreting, shaping, and being shaped by their environment.


The installation consists of a giant-wall-to-wall carpet and a selection of photographs that situate the material in its previous environment. The carpet is a remnant of the Los Angeles apartment that the artist lived in from the age of four until she was twenty-three. In 2010, Argote temporarily moved her sister out of the apartment, completely emptied the space, and painted the walls and carpet a bright white, transforming the interior into both an art object and a gallery (you can see the Craig’s List ad the artist placed to advertise the project hanging at right). Argote left 12 inches at the edge of the brown carpet unpainted, leaving this area to form a dark border that traces the shape of the space. The white layer also gives the viewer a chance to examine the unadulterated imperfections of the material. Removed from the apartment, the carpet defines the limits of the artist’s old home, which now unfolds outward to occupy the gallery. Rather than have the carpet lay flat, the section by the gallery entrance is suspended in the air, confronting visitors with its grimy, unsightly underside. Once a viewer reaches the far end of the gallery, the whole floor plan can be observed from a distance and the hanging carpet becomes a pleasing, minimal sculpture. Though it looks like the map of the house, this is the actual territory; for twenty years, four people ate, slept, and folded laundry together upon this little island. Despite the coat (actually multiple coats) of fresh paint, the stains and damage of twenty years of life still show through. These are the carpet’s battle scars and souvenirs—the little pieces of its history that it simply cannot conceal.


Built in the 1920s, 2731 W. Francis Avenue, the house the artist grew up in, is the result of two seemingly contradictory desires: to accommodate the influx of working families into Los Angeles and to keep up the property values of a wealthy neighborhood. The solution the contractors hit upon was to divide the structure internally while making the exterior façade of this four-plex structure resemble other large single-family homes in the neighborhood. This led to four cramped, railroad style layouts with windows and doors placed in seemingly illogical spots. Each of those four apartments also came complete with a decorative but nonfunctional fireplace—a remnant of an English necessity and New England tradition that serves no practical purpose in present-day Southern California other than to signify “home.”


Just like the food dye stains and baking-tray burns that are forever a part of the carpet, this particular layout is indelibly present in Argote’s mind. After leaving home and relocating to apartments and lofts around Los Angeles, she noticed that when confronted by a new living space, her instinct was to recreate this shape—the order of rooms, the narrow halls, the ways that objects were placed. The ghostly trace of her previous home would slowly manifest itself into the new one. This installation considers both the expansion and compression of space and attempts (but ultimately fails) to erase its own very recent history.


Emerging from a building that wanted to simultaneously support working class housing needs and project an air of affluence, this carpet embodies one of the many contradictions in the story of mobility and immigration in the United States. It also reminds the viewer that for every removal or departure, a phantom remains.


– Alex C. Moore is a roaming writer and artist, currently based in Los Angeles. 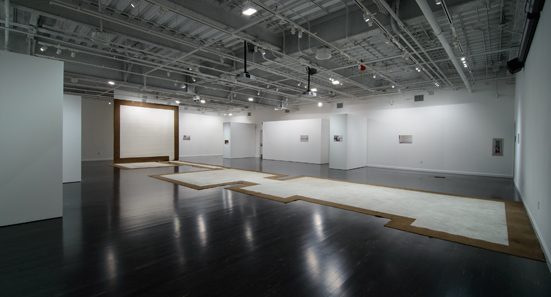 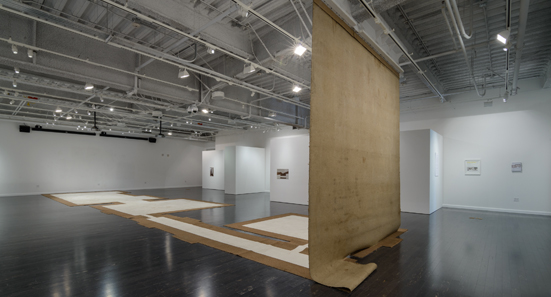 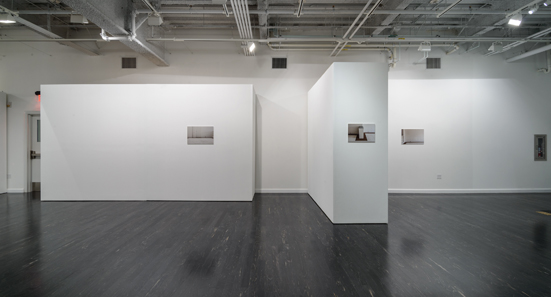 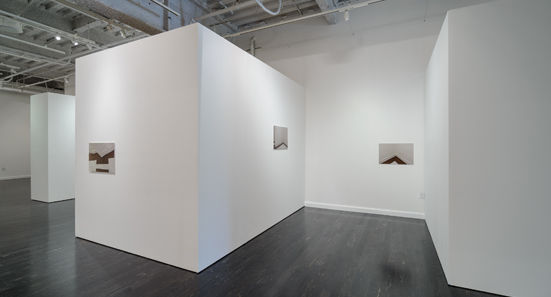 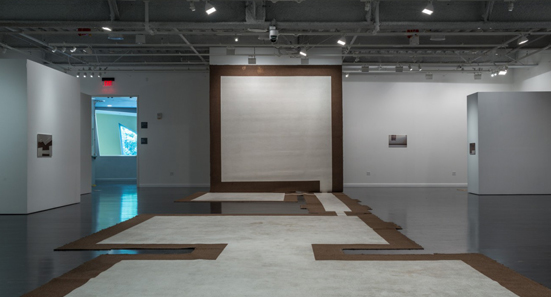